Sector: Aged Care, Arts and Entertainment, Community and Not For Profit
Share on social media

Featuring a series of curated events and more than 200 ‘fringe’ events throughout SA each October, the Festival is about celebrating, challenging and connecting older South Australians.

Powered by COTA SA, the festival was in need of a reboot, which included a new name and brand to mark the significant milestone.

As a long-term partner of COTA SA, communikate et al was engaged to reimagine the brand with nothing but a proud history, a new name and a bold vision by its newly appointed Festival Director, Jayne Boase.

Our goal was to craft a brand that:

Like the event itself and COTA SA, it also needed to challenge the outdated stereotypes of ageing.

Looking at life with anticipation, excitement, enjoyment and colourful energy, we created a brand that celebrates diversity while injecting vibrancy through colour, allowing opportunities for plenty of colour play throughout the program and brand materials.

The logo mark created was typographic and bold in colour. In the collateral, irregular paint strokes used over black and white imagery demonstrated diversity and energy.

As part of our ongoing publicity support of COTA SA, we also drive the media relations program for ZestFest each year. We secure coverage across local TV, radio, print and digital media and have provided digital advertising support to sell tickets for key curated events such as the Oration.

The response to the Festival’s new identity was overwhelming. Its new name and identity helped to reposition the Festival in the mind of those who already get involved each year, while drawing the attention of many others who had previously written it off.

ZestFest goes from strength to strength with a new look and feel that matches the vibrancy and energy of the event. The numbers have steadily increased since the new vision has been realised with many curated events selling out. 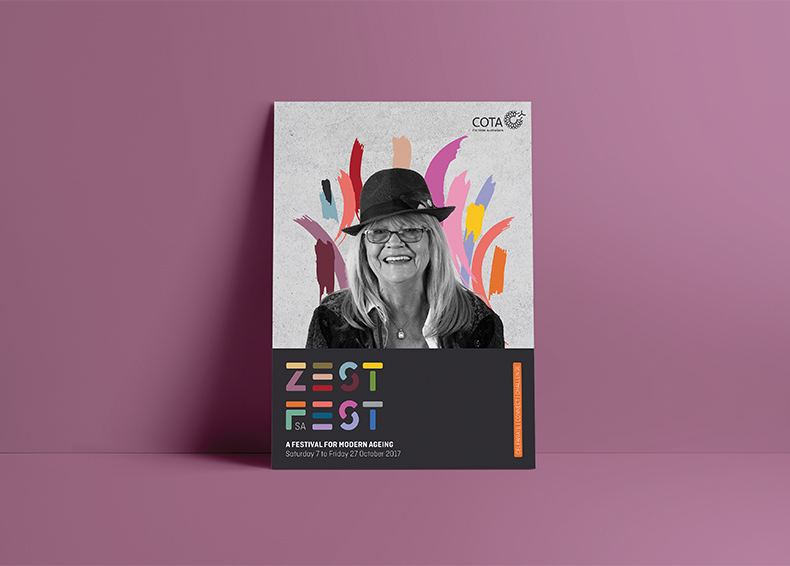 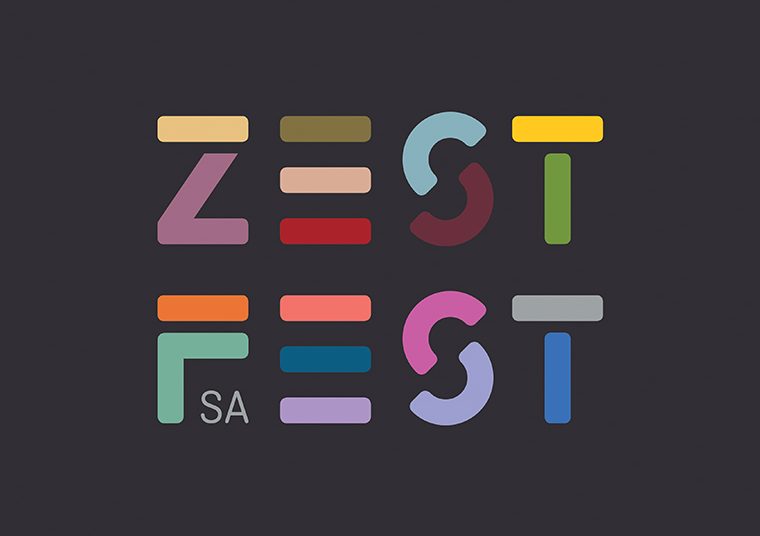 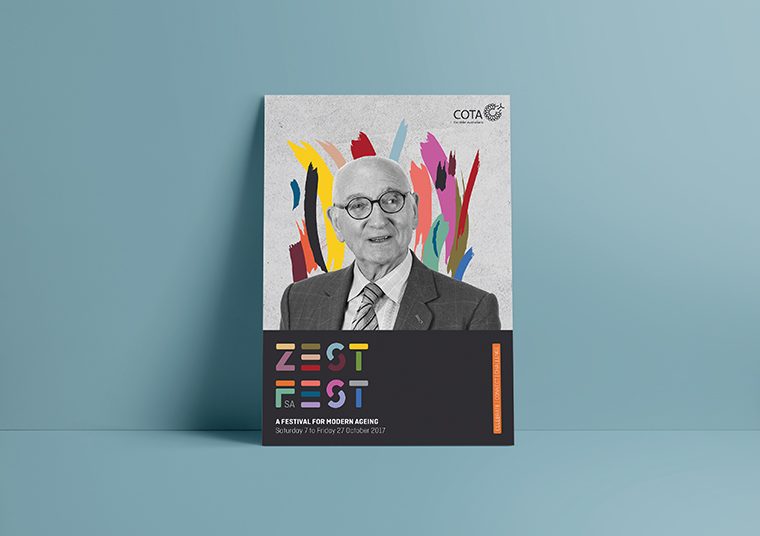 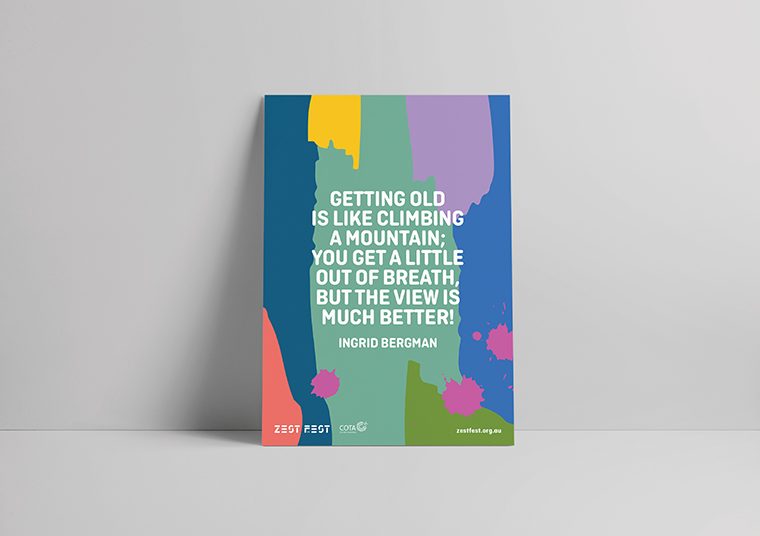 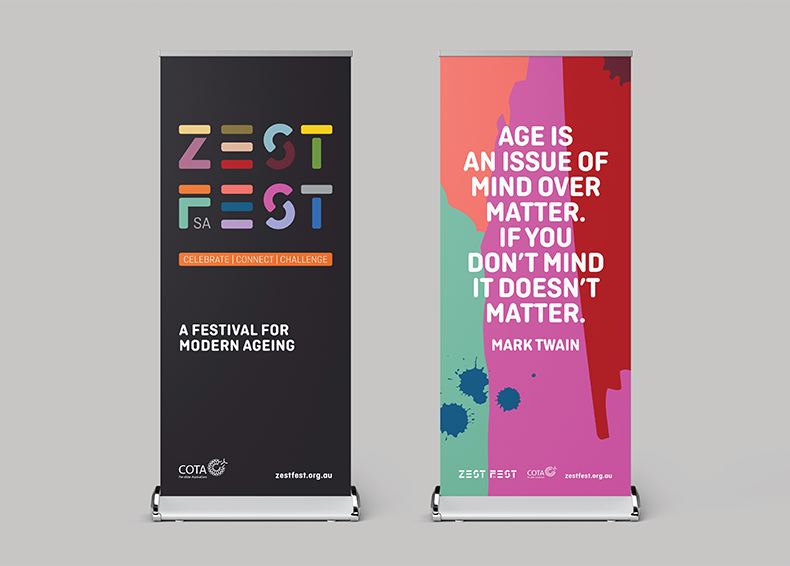 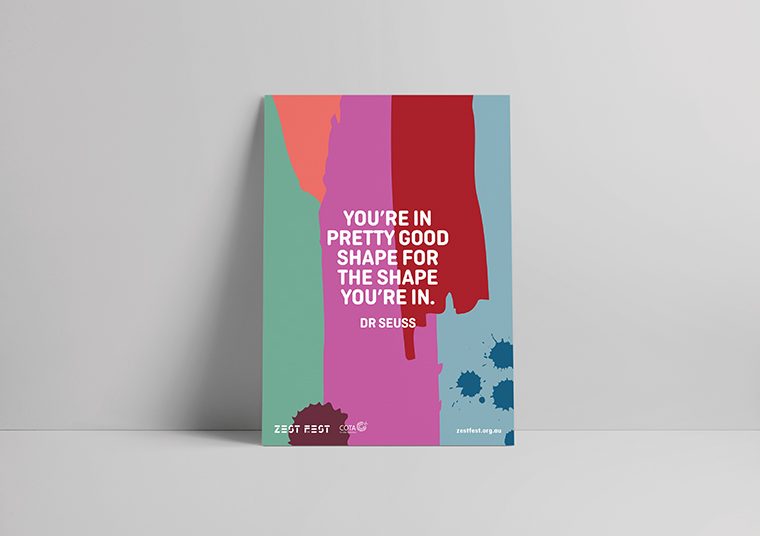 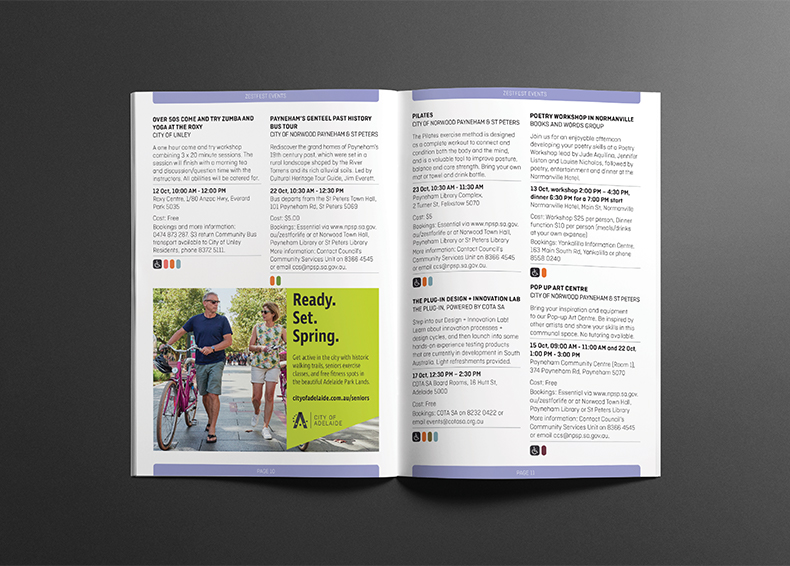 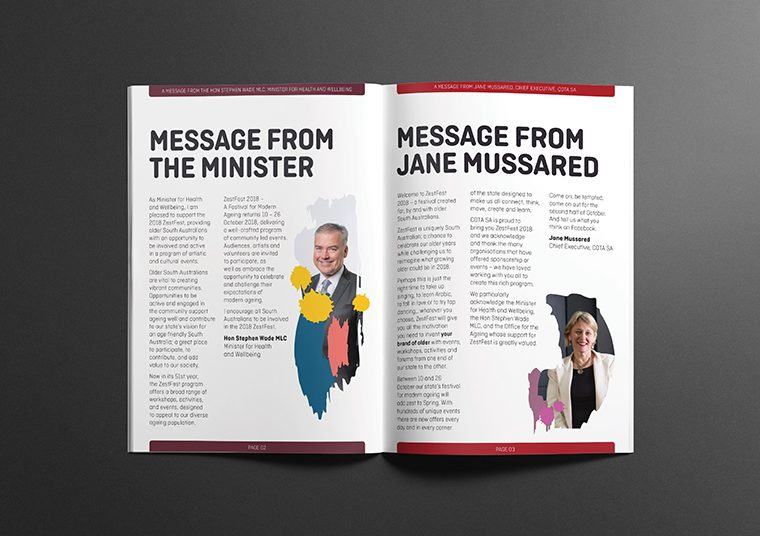 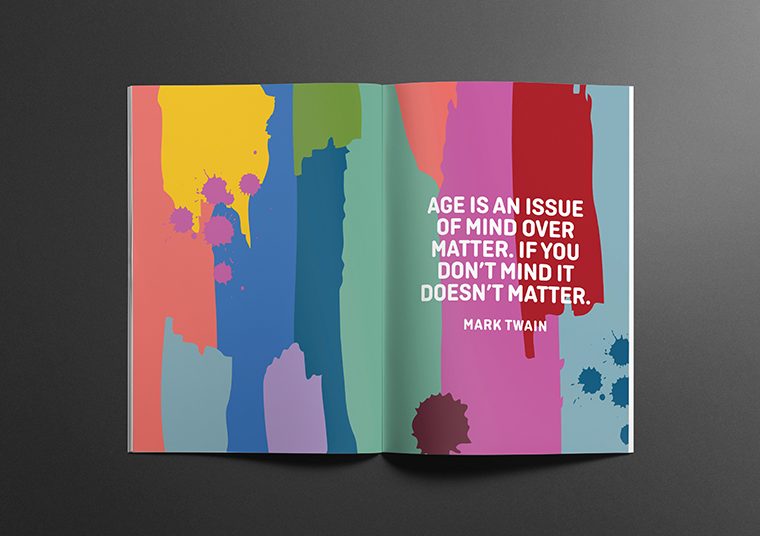 It has been excellent working with communikate. They have been very professional throughout our project and their creativity has delivered a unique product that captured our needs in an exciting and unexpected way. I look forward to working with them more in the future.

Following the successful development of our new website, communikate et al has maintained a proactive approach to the refinement and improvements of content and key messages in collaboration with our team. They embraced and supported us in all communication relating to the impact of COVID-19. They’re a friendly and responsive team with all requests being eagerly supported.

communikate et al’s strategic thinking and appreciation of our complex political overlay as a subsidiary of the City of Adelaide has helped us establish our presence with our stakeholders and the community. They have developed media and influencer campaigns that have delivered outcomes exceeding expectations and identified potential risks and how to manage them. Their digital expertise has strengthened our social media presence and website information architecture and they are a knowledgeable source of digital best practice. The team produces quality work within tight timeframes and keep us informed of progress. It’s a really positive working relationship.